Happy (?) Monday, everyone. For once, I feel somewhat rested today — I kept it low key this weekend because next weekend is the Democratic Convention here in Sacramento and I am sure to get zero sleep 😉

Let’s start with Thursday night, shall we? 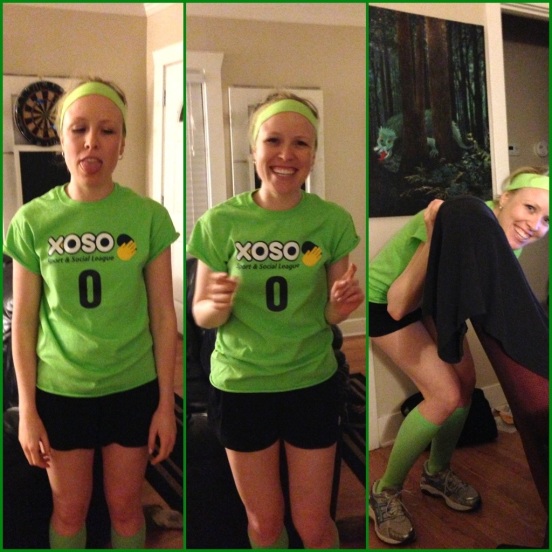 I felt this series of photos was worth sharing.. I asked T-Man to take a picture of me (just one!) with our new team socks on…And he started shooting away as fast as my little iPhone camera could go. There were actually 15 more pictures of me total. As soon as I realized what he was doing, I ran and hid behind a chair. Apparently, I’m a little camera shy 🙂 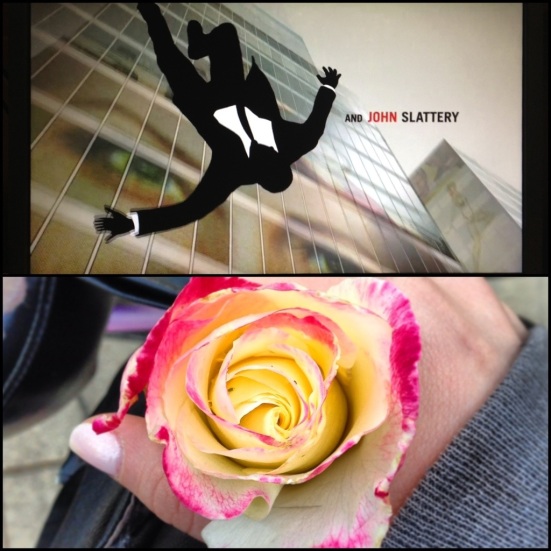 It was my boss’s birthday on Friday and he was out of town celebrating, so I finished my workday by starting to re-watch the last few episodes of the last season of Mad Men in anticipation of Sunday’s finale! – On my way home, a very nice {and possibly homeless} man gave me a rose picked from a nearby park and told me to have a nice day. 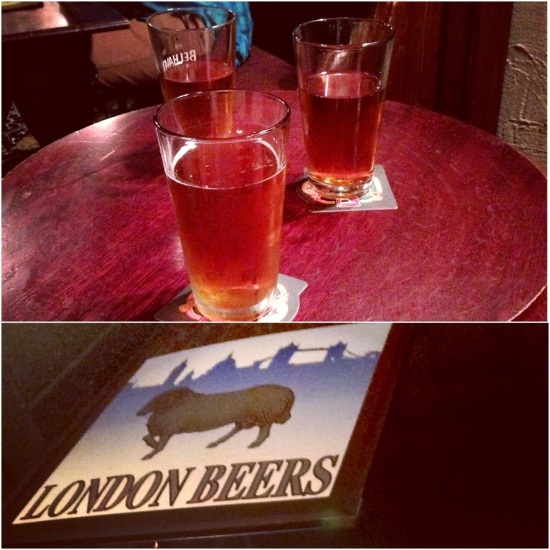 T-Man’s brother flew in from San Diego on Friday night (Hi Nick!) to spend the weekend in NorCal, so we took him to Bonn Lair, our favorite pub. 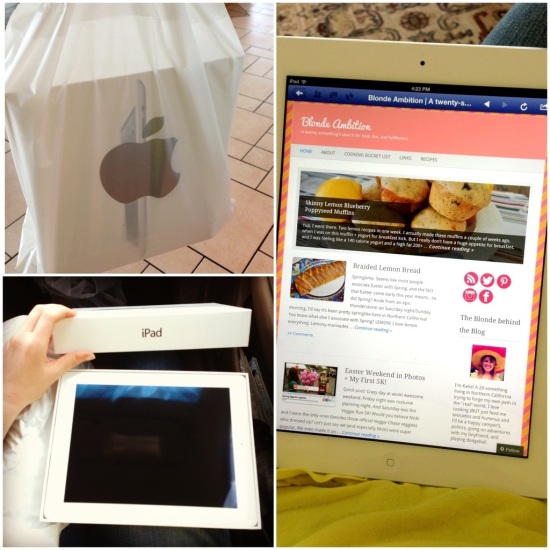 I woke up on Saturday and only had one goal for the day……to purchase an iPad! I’d been on the fence for a while {I don’t have a laptop, so my phone is my only portable electronic}, but after mailing in my tax return and being promised a hefty refund, I decided to go for it. I love it so far! 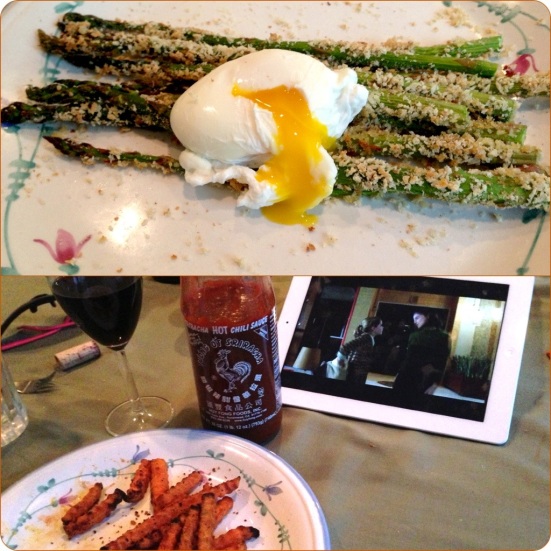 Dinner on Saturday was pretty snacky – crispy asparagus a la How Sweet Eats and a perfect poached egg {#yolkporn central, amirite Theresa?}, sweet potato fries, lots of leftover Easter candy, and a couple of glasses of wine while I binged on the rest of Mad Men Season 5. {I was really into Mad Men this weekend ok?} 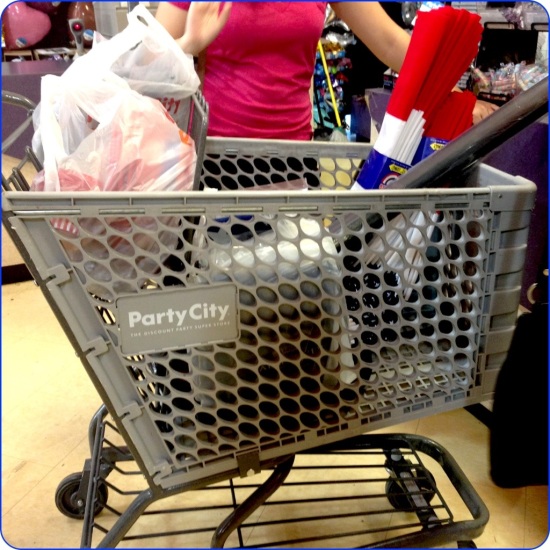 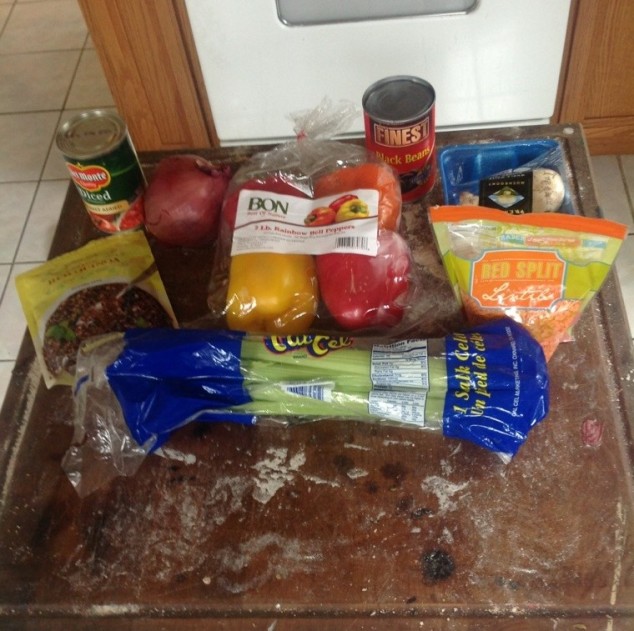 Next was food prep for the week. I ended up with 4 Frozen Yogurt Bars and 4 quinoa/black bean/veggie stuffed peppers. Along with other ingredients in my fridge, that should tide me over for breakfast and lunches this week!

While making stuffed peppers, I thawed out pizza dough that I made last weekend – it was weird because I winged it on the recipe, but it made a fine vehicle for jarred tomato sauce, beef & jalapeno sausages, {more} jalapeno, storebought shredded cheese, and a little arugula on top! Just call me Sandra Lee, I’m apparently the queen of Semi-Homemade 😛

Afterward was the moment I’d been awaiting: Mad Men premiere!! I thought it was pretty solid, though not much happened. Mad Men is usually like that though – not much action in the first few episodes of the season, but it builds and builds and then sh*t hits the fan. My biggest question: what’s up with all the facial hair? 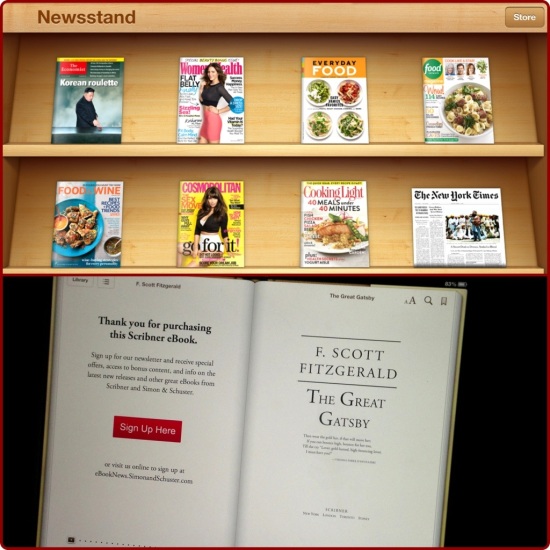 Now that I have an iPad, I’m hoping to get back into reading a bit more. You can get all these apps on the iPhone, but why? Such a tiny screen.

First up, I am a big fan of Baz Luhrmann films (Moulin Rouge is one of my all time favorites) so I’m going to try and re-read The Great Gatsby before the movie comes out next month. I “read” it in AP English in high school, but don’t remember a damn thing. Also, I’m hoping having the NY Times on my iPad will make me more likely to read the news when I wake up in the morning, rather than Twitter. Anyone else just read social media on their phone in bed for the first 20 minutes after waking up?

Do you watch Mad Men? What did you think of the premiere?

Are you an eBook fan, or do you prefer the real thing? Recommend me some eBooks/magazines!

8 thoughts on “Weekend in Photos”