I’ve been doing a lot to keep my hands busy lately. 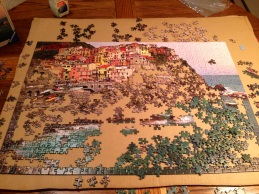 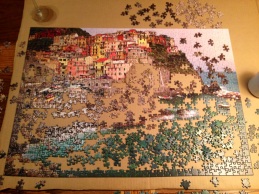 There’s my Papa’s impossible puzzle… (which I actually made a ton of progress on on Saturday! Look!) 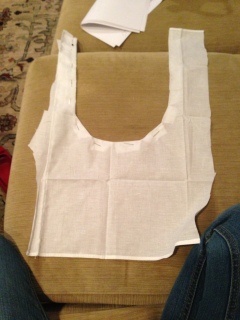 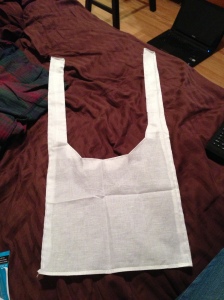 And all the moving pieces being sewed into place for my Halloween costume.

But one thing that I’ve been doing lately that involves using my hands requires much less time and concentration, and delivers results of the most delicious variety: roasting and puréeing pumpkins!

I’ve already told you all about how I don’t like pumpkin stuff much. I’m discovering that it isn’t actually pumpkin or pumpkin pie spice that I have an aversion to — it’s the canned stuff! I’ve been having a blast experimenting with the homemade stuff.

It’s really easy, I promise, and it will take you barely an hour. Plus, most of it is downtime. And it makes a lot, so you can easily store it in the fridge or freezer for later. 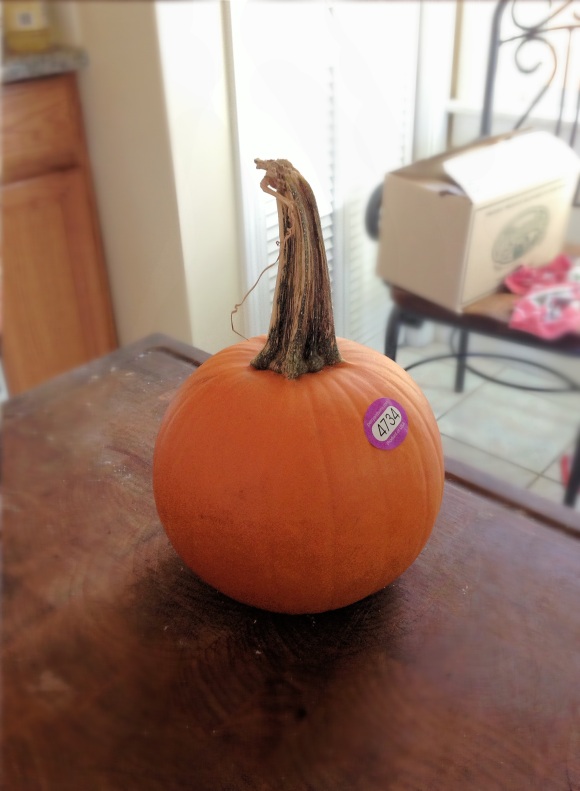 Start by picking out a small pumpkin. This one was $1.99 at Safeway, and I found slightly smaller ones at Bel Air for $.69!! Quite a steal, eh?

Preheat your oven to 400 degrees F and cut your pumpkin into quarters. I have two methods for doing this:

1) use a large knife and use a heavy object or rubber mallet to help you safely guide the knife through the pumpkin. (True story, I used my cast to help me carve large objects when my hand was broken. Maybe that thing was handy after all..)
2) Carve around stem first, like you’re making a jack o lantern, then use that opening to carve the rest of your pumpkin. 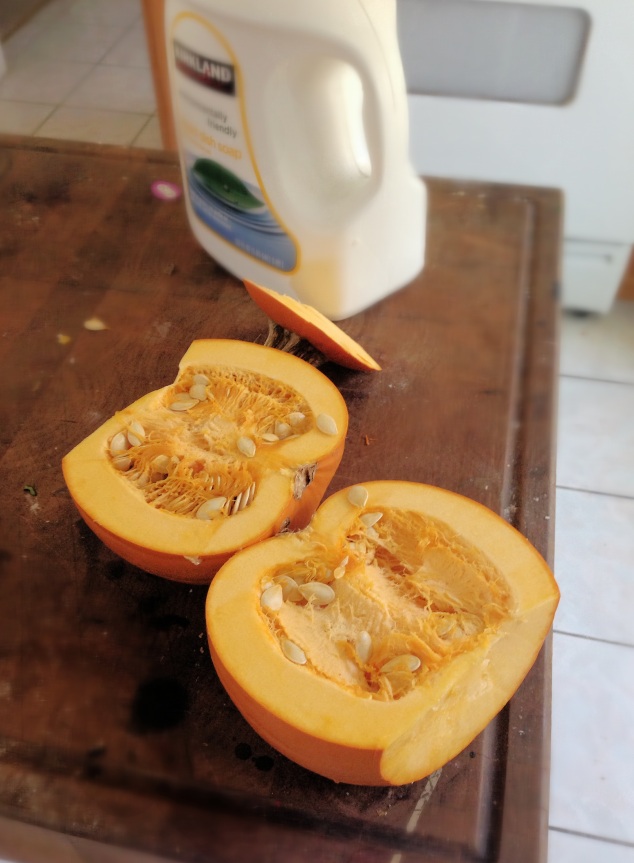 (Now that I have no cast, I use large bottles of dish soap to assist my carving…..lol)

Scoop out the seeds and as much of the insides as you can get. Don’t worry if it’s not perfectly clean. It should look something like this: 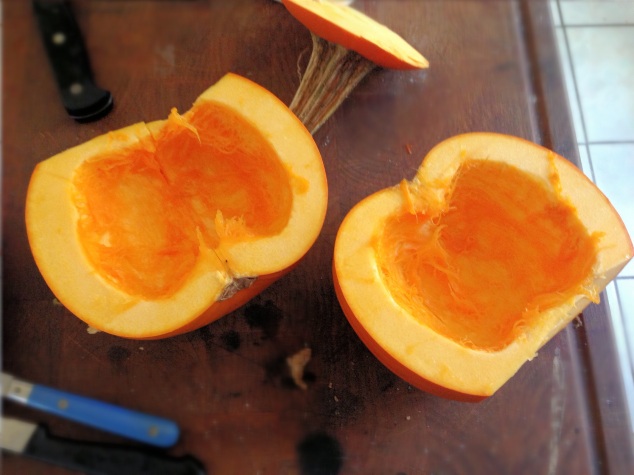 (Imagine those cut in half)

Lay the quarters on a baking sheet. It doesn’t much matter if you lay them skin side up or down…I usually do half and half, and turn them halfway through.

Put in the oven and bake for about 50 minutes, or until fork tender. 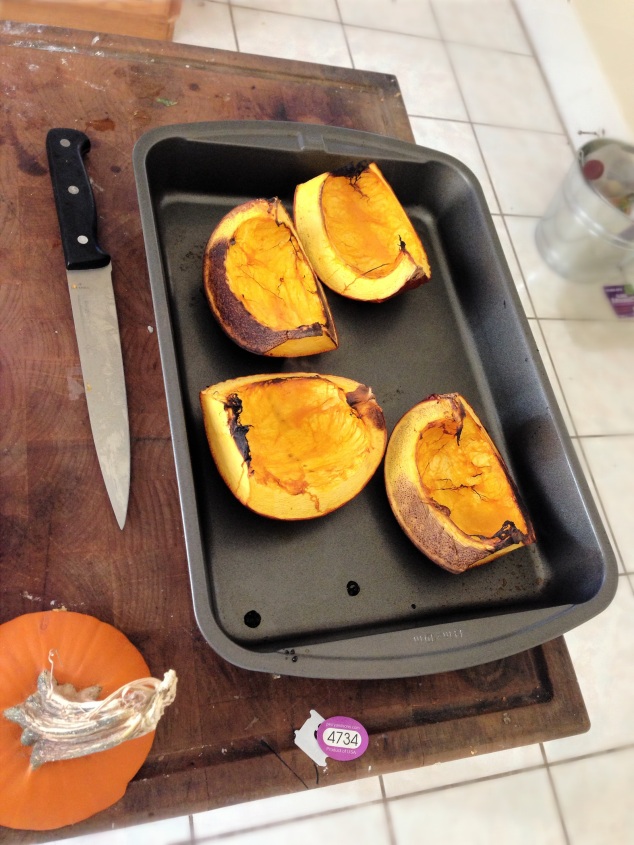 Now comes the fun part! Once the pumpkin has cooled a bit, peel the skin off the back, and carefully remove the tough (charred) parts of the flesh, plus whatever stringy insides you couldn’t get before.

Place into a food processor, and purée away! 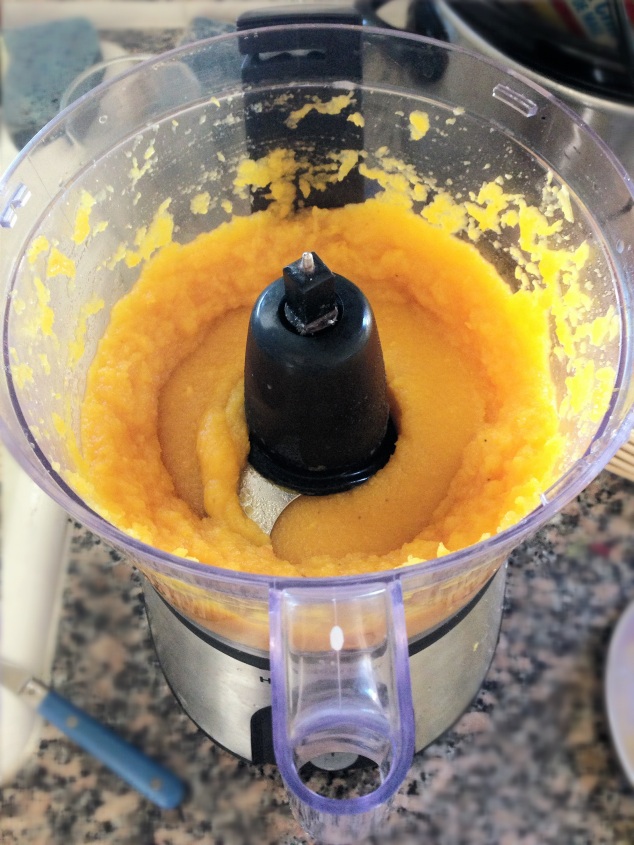 T-Man got me this food processor for our anniversary… (that may sound weird…but I probably said “I NEED A FOOD PROCESSOR” abooouuuut 3489274 times during the months I had a broken hand. The man was only granting my wishes!) She is a beaut.

I also made some at my parents house, and their Cuisinart worked just as well: 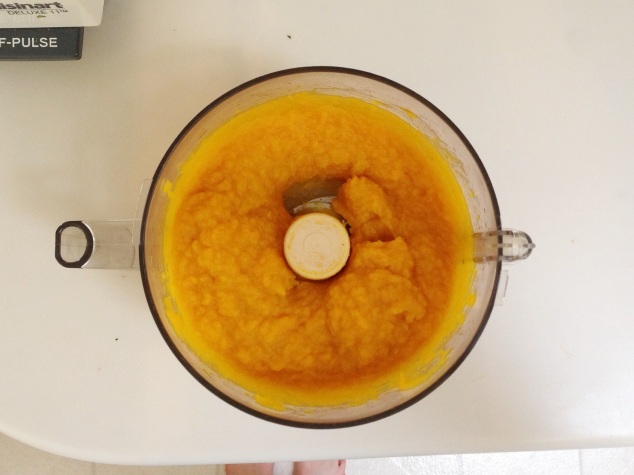 When the pumpkin is being processed, it may need a tablespoon or two of water to help it along. This is OK. Don’t add too much though, because you want the pumpkin flavor of the purée to be concentrated.

You can store the purée in an airtight container in the fridge for a week or two, OR do as Pioneer Woman suggests (and what I did the 2nd time) and measure out 1 cup baggies to put in the freezer.

Use in place of canned pumpkin in all your favorite pumpkin recipes!

Happy Monday, all! Today is Columbus Day (or so I hear)…I am always surprised when it rolls around, ’cause we never got Columbus Day off when I was in school!

Anyhizzle, apparently I was up to a lot this weekend, because I have lots of pictures to share. Let’s get to it, shall we? 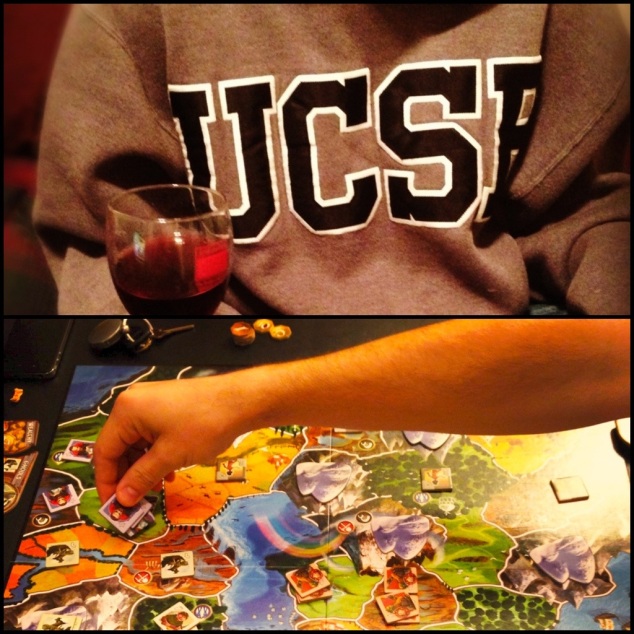 After it was 100 degrees on Monday and Tuesday, by the time Friday rolled around it was finally sweatshirt weather! (Does anyone else have one super cozy sweatshirt they’ve owned for years? I bought this one my senior year of high school, when I went to Spring Open House at UCSB and decided I’d be attending in the fall :-D) In our sweatshirts, we played board games…kind of a typical weekend night for T-Man and I! Not so typical……the fact that I bought a pumpkin to make pumpkin puree with! I am not the biggest fan of pumpkin flavored things (blasphemy! I know), but I’m determined to try out some REAL from-scratch stuff this year and see if it doesn’t change my mind! 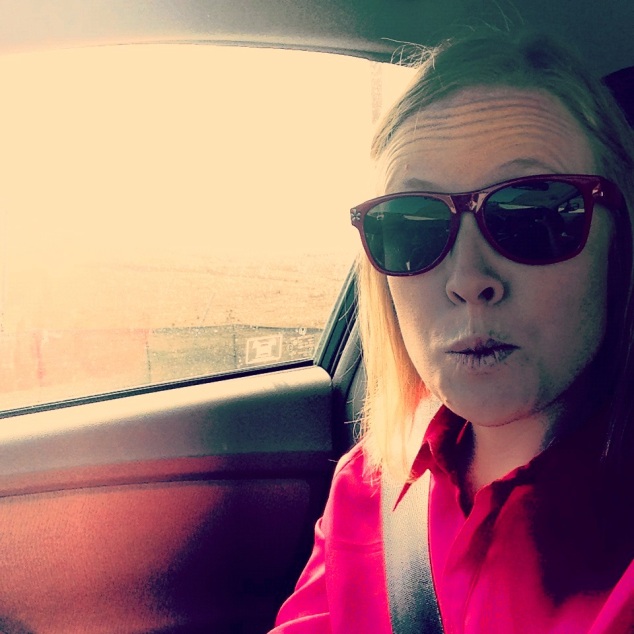 After the pumpkin roasting and pureeing was done, I hopped in the car and headed (through traffic, when this picture was safely taken :-P) to Napa! 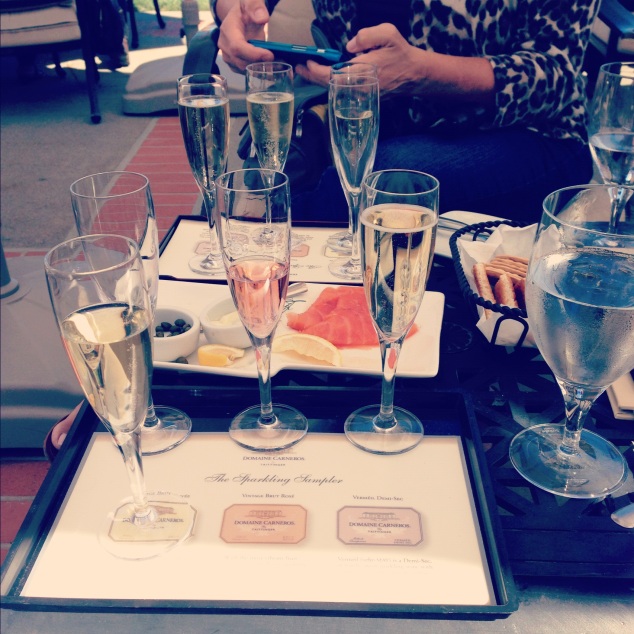 T-Man’s mom and I belatedly celebrated our birthdays (they’re on the SAME DAY!) with a little bit of bubbly at Domaine Carneros. We each got Sparkling Wine Samplers and shared a smoked salmon plate! 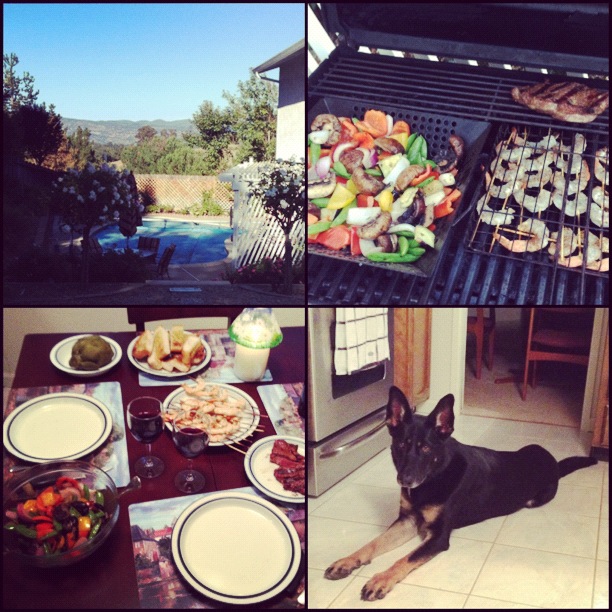 Later, we enjoyed the view from her backyard, barbecued up a storm, (drank more wine, of course) and played with her German Shepherd, Kona! 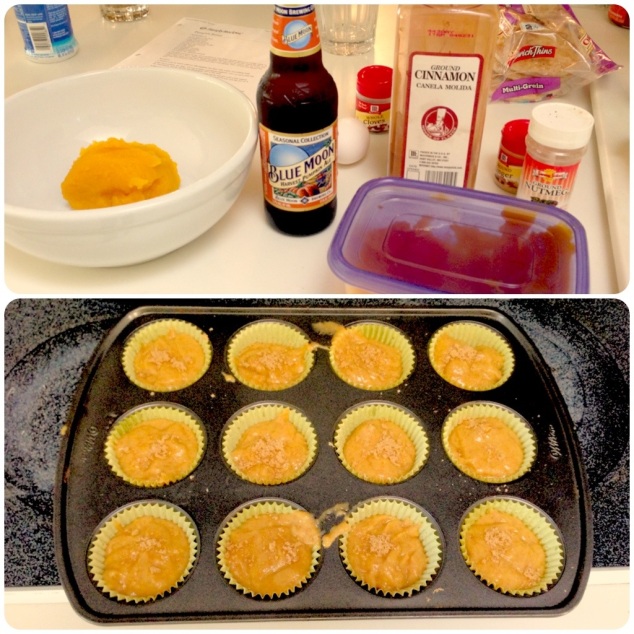 I returned the car to my parents with more gas than it started with (have my fellow Californians seen how expensive gas got last week?! It rose .40c in like 1 day!), and used some of that pumpkin puree to whip up some muffins for them. The muffins turned out great for me…read: not too pumpkiny. Recipe to be shared soon 🙂
What fall things are you excited for? Sweatshirts? Apple pie? Pumpkin spice lattes? Hot cider? My favorite hot drink has to be mulled wine…So warm and fragrant, plus it reminds me of living in France! I usually have to wait until winter for that, though 😛