So I’ve got bad news and good news about my budget this February.

The bad news is… I went to New York for 4 days and spent a lot more money than I would have in Sacramento…mostly on some delicious food.

The good news, however, is three-fold! First off, I looked at my average spending over the last 6 months (not including February) on WellsFargo.com, and I spent $700 less in February than my average, and $1,000 less than last month (!!!). That’s including my trip to NYC (not including airfare, which I paid back in December). Secondly, I was finally paid my first installment of unemployment benefits last month, and on Monday was paid 3 of my remaining 4 weeks. This will help out a lot, especially since I took two unpaid days off for my trip, and will definitely be a welcomed supplement to my income. I have had a HELL of a time getting through to EDD on this (obviously, since I’ve been employed since mid-January now and am just now getting paid for November/December…), including about 35 phone calls in a <25 minute time frame last week to finally get through to an operator. Third and finally, I broke even this month. This is a huge victory for me, considering the 2/3 pay cut I took a couple of months ago. It means that I have started to really adjust my spending!

Anyway, I have not included the expenses from my New York trip on my budget breakdown for this month because, like last month, I basically considered them one time purchases. It was vacation, after all! Last month, I didn’t include my Macy’s card payments and a few other purchases (e.g. my replacement iPhone)…and I think that was largely why I stayed within my budget. The absence of a Macy’s credit card payment and some self control when it came to online shopping apparently really went a long way in managing my budget this month.

I did make a pretty big splurge at Target right before Valentine’s Day (see above), and an impulse Kate Spade online sale purchase (about $150 total between the 2), but I generally kept it light on any other miscellaneous purchases this month. And besides those 2 slip ups, I didn’t go shopping!

Otherwise, I think my adjustments from January’s budget (the fact that I took half of my restaurant budget and put it into the dodgeball bar/entertainment categories) were smart. Check it out: 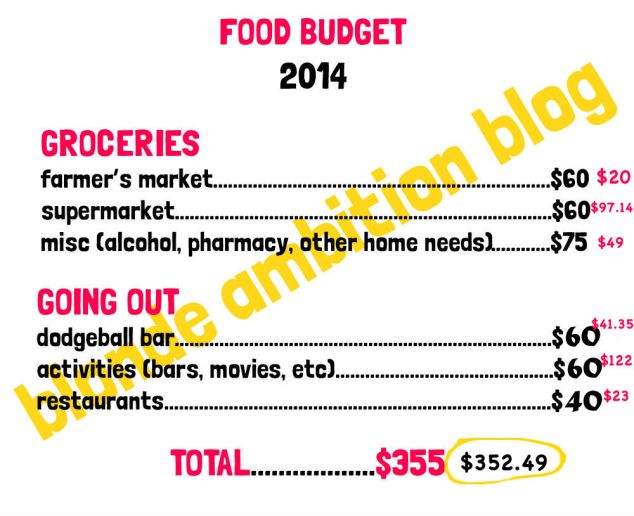 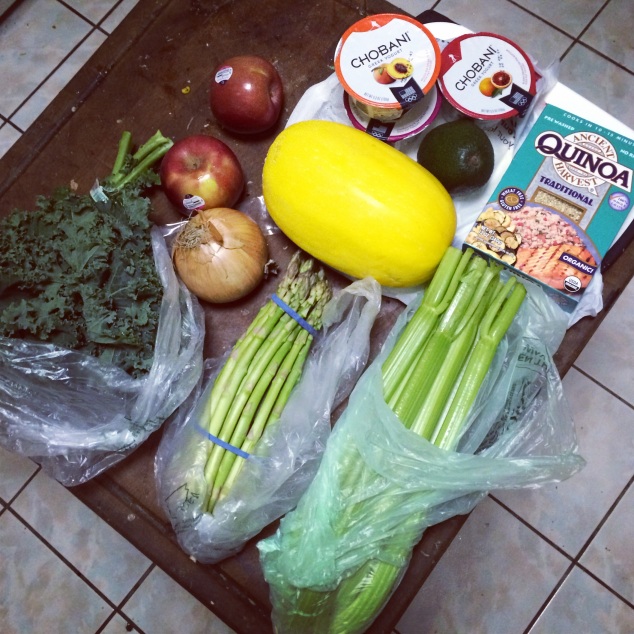 I unfortunately only made it to the Farmer’s Market once this month. It was rained out one week, I was in New York for another week, and I was just plain dead from a long run the other week. I have, however, been taking major advantage of the Safeway Just4U app when I shop at Safeway. Check out how much I saved on my grocery bill when I went this weekend- I spent $56 and saved $33! 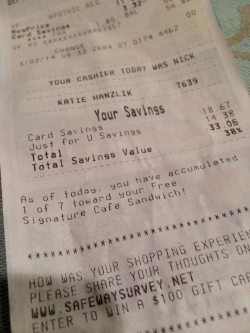 Miscellaneous purchases included a six pack, one bottle of wine, and some nail polish and fake eyelashes from CVS 🙂 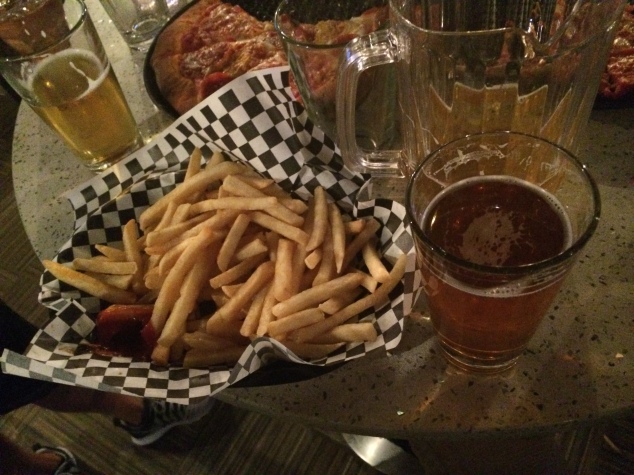 Stayed within my dodgeball bar budget this month! This is surprising, considering how often I end up getting the above “dinner” on Thursday nights… IPA and a basket of fries. Of course, this usually supplements a pre-dodgeball protein bar/banana/snack. OK, that doesn’t make it much better, does it? 😛 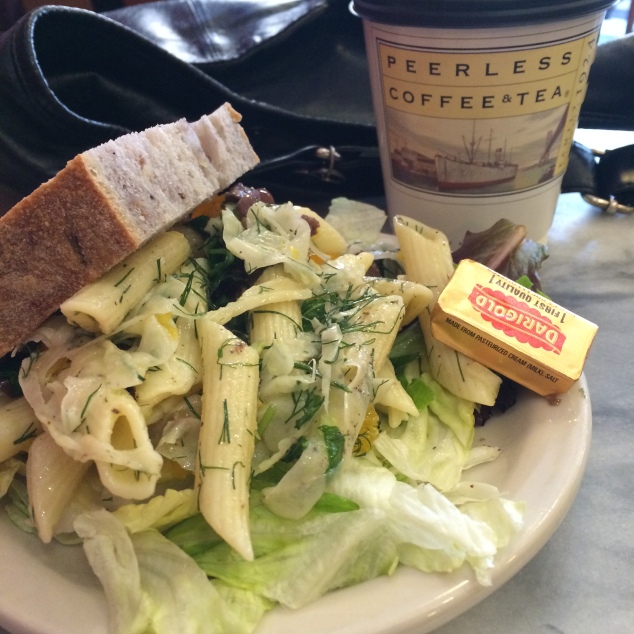 Last week, I treated myself to my first lunch out since starting my new job. It was a rainy day so I couldn’t bike, and I didn’t want to walk all the way home (walking there and back takes up about half of my lunch hour) so I decided to treat myself! Pasta salad at at Ambrosia never disappoints…it is a lot more pricey than my usual stir fry at home though, so it may be a while before I do this again 😛

The bulk of my going out spending this month was thanks in large part to a few birthday parties and Sacramento Beer Week. I need to either learn how to get guys to buy me drinks, or how to stop being the hero and offering to buy rounds of drinks!

This month will be a different story, as I am hereby swearing to be a hermit these next two weeks leading up to my half marathon! I am most likely passing up on a trip down south to the Democratic Convention this weekend, for fear of not being able to do my last training run or doing something stupid and injuring myself a week before my race.

I still stayed more or less in my overall food budget this month. If you add in my New York trip, it’s a different story…However, even including my trip, I broke even, and for that I am super proud of myself! *pats self on back*

What was your last big splurge?

Getting bought drinks at the bar– what’s your secret? 😉

15 thoughts on “Healthy Grocery Shopping on a Budget – February Check in!”