So this weekend turned out to be a pretty long one, folks… Whether that’s a good or bad thing, I’ll let you decide… 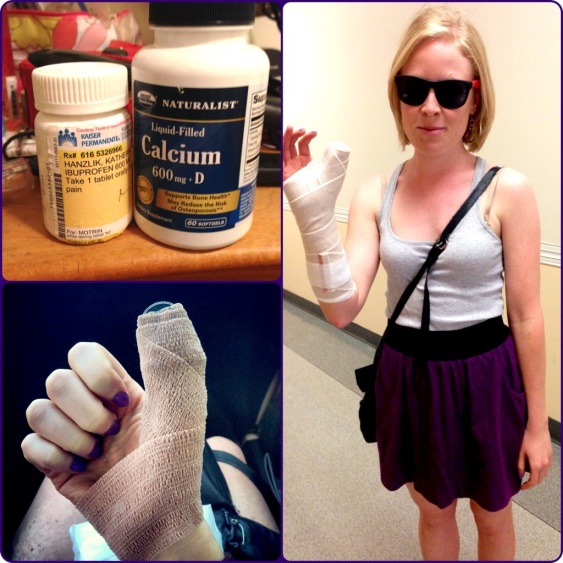 I ended up taking more or less of a half day on Friday. I went in to Kaiser in the morning and learned that my dodgeball injury had resulted in a “small crack” in my thumb. Womp womp. They sent me on my way with an itty bitty finger brace and I thought I had made out pretty well…until I got a call from the NP an hour later saying that she had an actual radiologist look at the X-ray and it was worse than they thought. I headed over to another Kaiser and left 2 hours later with this monstrosity of a splint. Sad face. 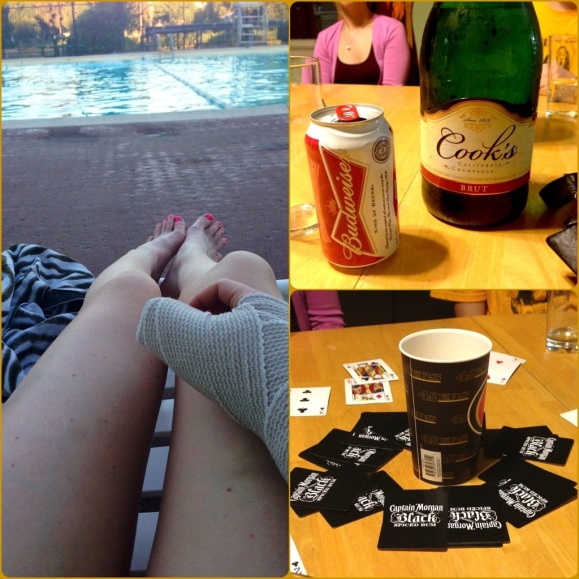 I had already planned on attending a Young Dems BBQ/pool party, but ended up focusing more on the BBQ and less on the pool. After we left the party, we headed over to the guys’ house to play drinking games with some really bad champagne.  Felt like I was in college again! 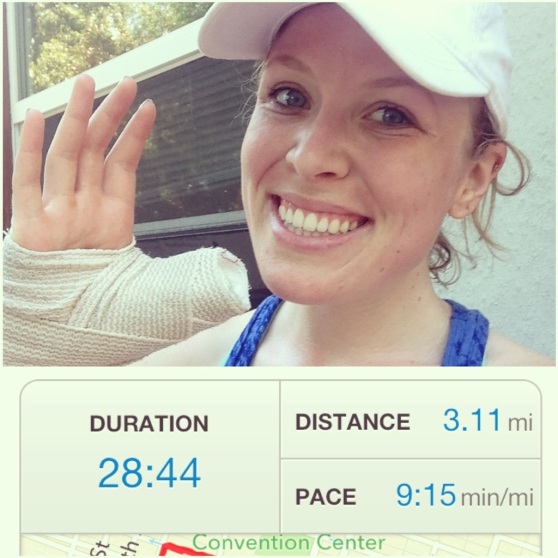 Despite the massive splint, I went along my normal Saturday morning routine – starting with a nice run. This was my first run in 2 weeks, and my fastest 5K since my race back in March!

I missed the Farmer’s Market last week since I was in SF with the girls, and I couldn’t believe 1) how many tomatoes there were and 2) how beautiful all the colors were! I also picked up some zinnias, which finally looked pretty and healthy enough to treat myself to 🙂 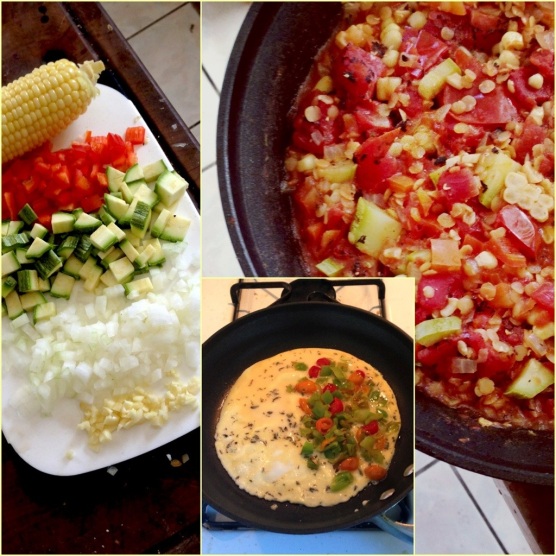 Despite not having one of my thumbs, I made lots of stuff with my produce this weekend! A summer veggie lentil stew to bring for lunch today + tomorrow and an epic herb & veggie omelet.

Sunday concluded with 2 trips to the mall: first to buy shoes for my cousin’s wedding (I went with the slingback peep toes on the left to pair with my yellow dress!) and later, to see an 11pm showing of The Conjuring. We had a shot of Fireball before to calm our nerves 😉 I thought the movie actually wasn’t too scary…I got way more freaked out at Paranormal Activity 1 and 2!

I spent a loooong lunch hour today (3 hours, to be exact) following up at Kaiser. Essentially, there is a small crack in my thumb, and though nothing is out of place and by all means it should be an easy thing to heal…The crack goes all the way through to the joint and affects the cartilage. So I have to wear a cast – AGAIN. Hopefully for only 4 weeks this time. Here’s hoping all the precautions I’ve been taking since my last broken bone will make this recovery much speedier than the last! At least I got a color that will match my shoes at my cousin’s wedding! 😉

Have you ever broken a bone?

What is your favorite produce and/or flowers to spot at your Farmer’s Market?

12 thoughts on “Weekend in Photos”